A tour in Abu Dhabi would not be complete without dropping by the Sheikh Zayed Grand Mosque. Built over a 30-acre land area, the sheer size of this structure is a sight to behold. And whatever your religious belief may be, you are bound to be struck by its magnificent architecture. Abu Dhabi is only a 2-hour drive from Dubai so if you plan to visit the capital of UAE, this is definitely a must-visit attraction here.

The mosque is named after Sheikh Zayed bin Sultan Al Nahyan, a former president of the UAE. Seeking to build a structure that combines Islam with modern architecture, he ended up creating the biggest and grandest mosque in the country. Today, it is one of the most visited places in the city of Abu Dhabi. 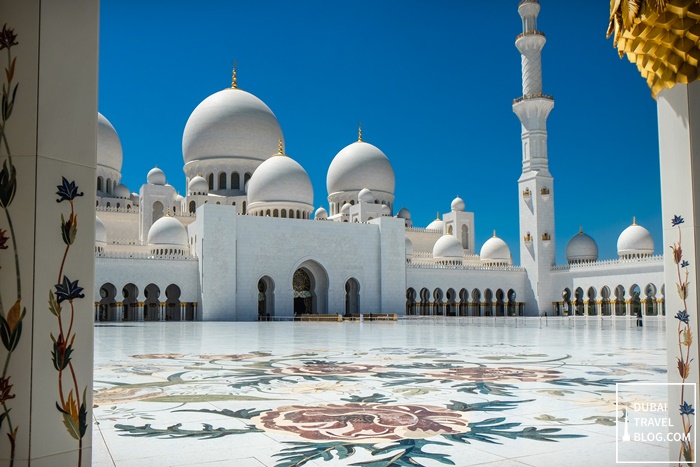 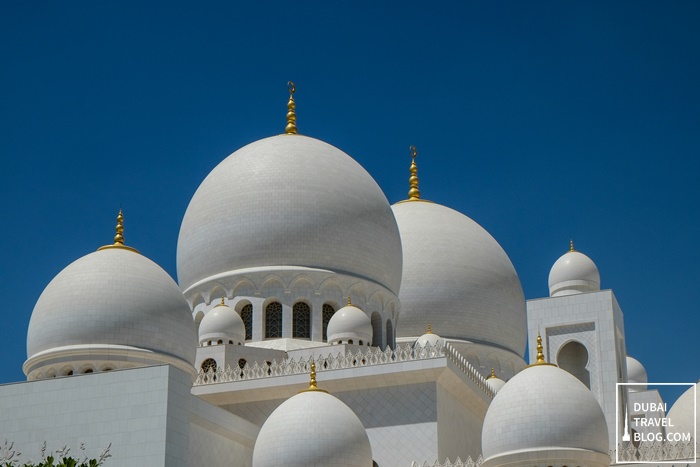 Abu Dhabi is only about 2 hours away from Dubai

Before anything else, take note of the following tips on what to wear, when to visit, and other information about the grand mosque: 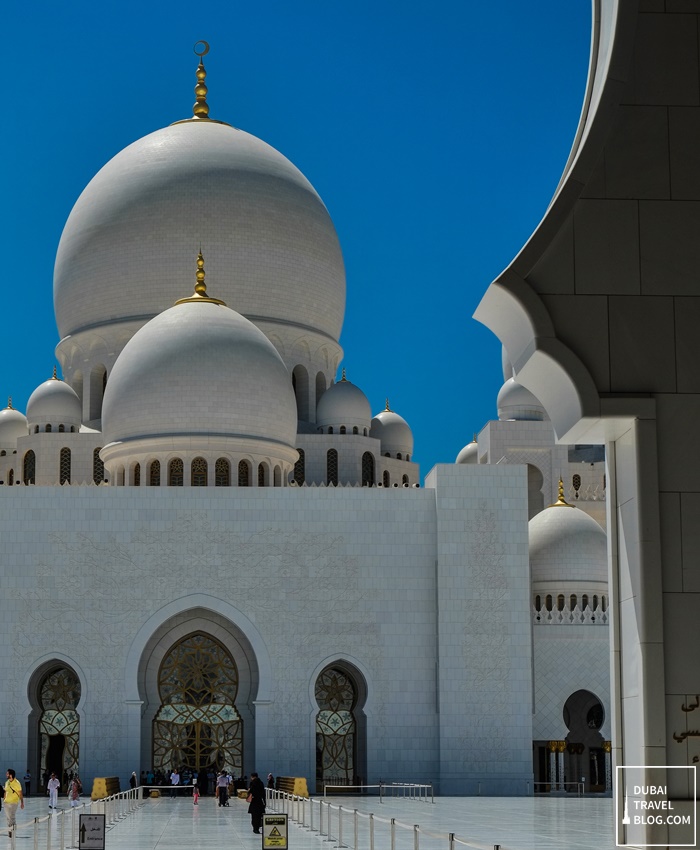 “Grand” is definitely a correct term to describe this mosque 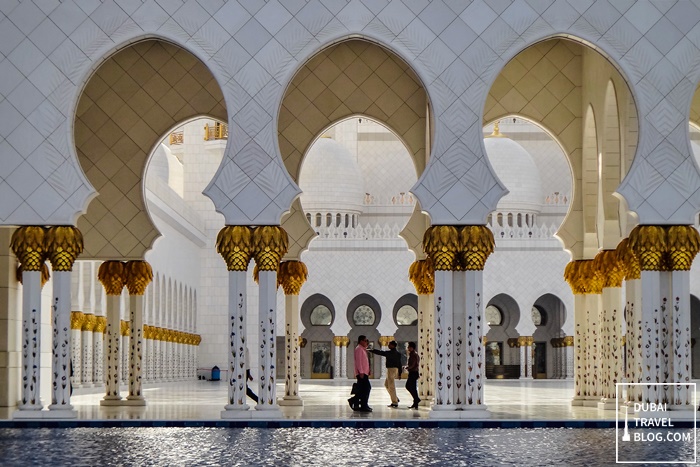 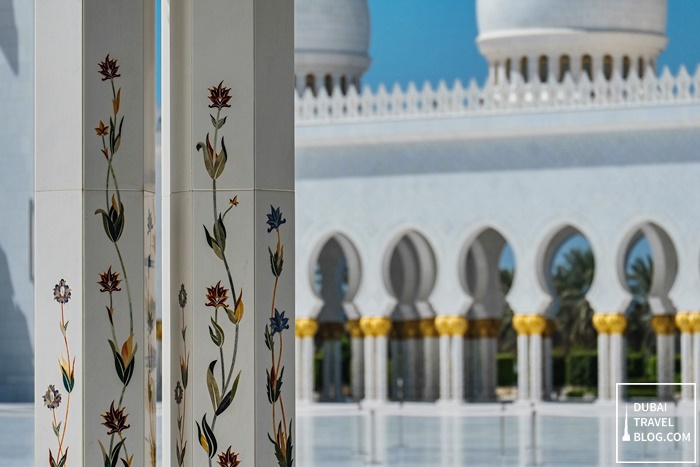 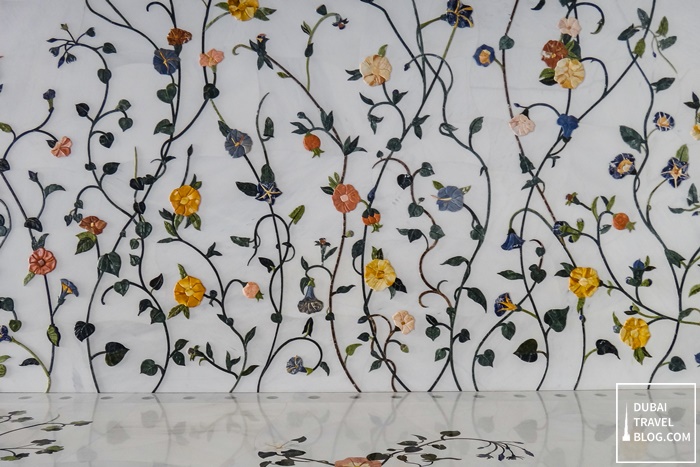 flowers on the wall 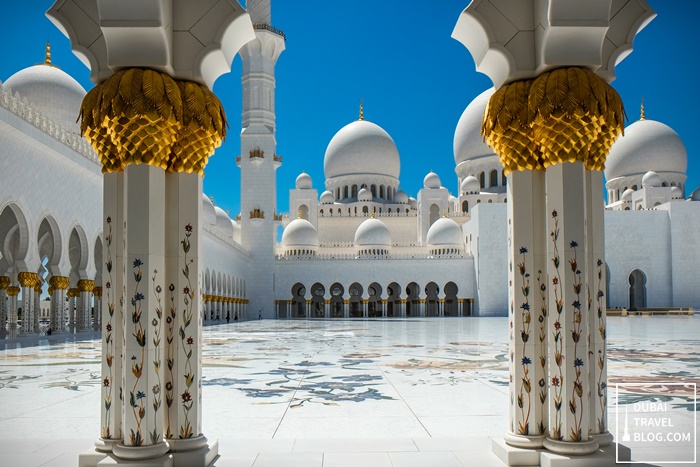 one side view of the mosque 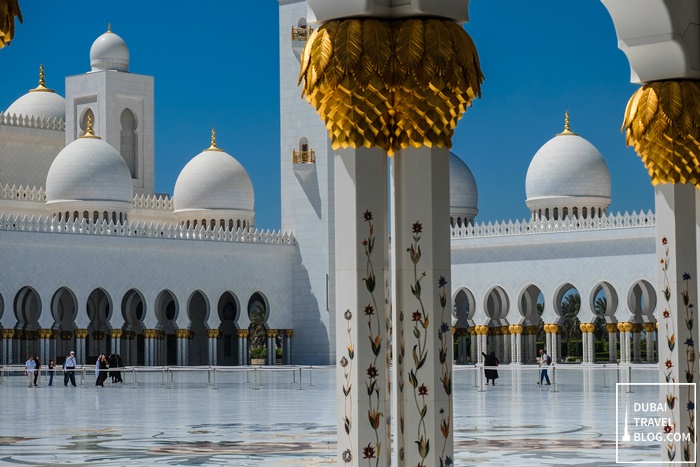 Once you enter the grand mosque, prepare to be mesmerized by its incredible beauty. Each marble column features hand-painted flowers, whose colors blend in with the rest of the interior. During the day, these columns reflect on the ponds along the courtyard. This amazing view becomes even more magical at night, when the lights dance on the cool, blue water.

Notably, the mosque is decorated not just with materials from the UAE, but also from various countries. The elegant carpets come from Iran as well as New Zealand. The crystal chandeliers are from Germany, while the marble is from Italy and Macedonia.

The “Grand” description of the mosque is a correct term as it’s nothing short of it. We are glad that it is open for public and it’s welcome even for non-Muslims. 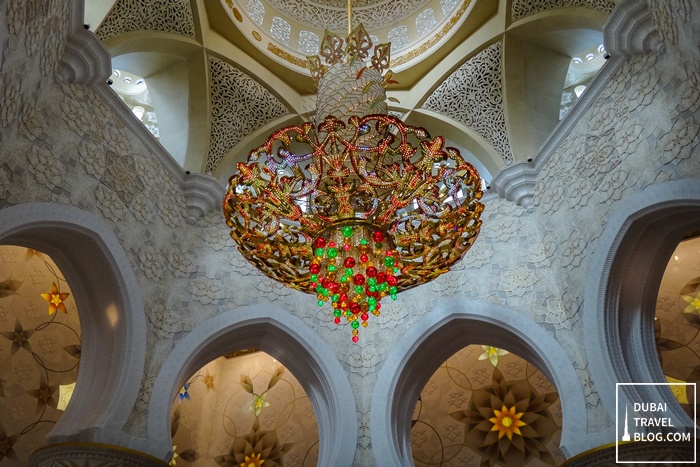 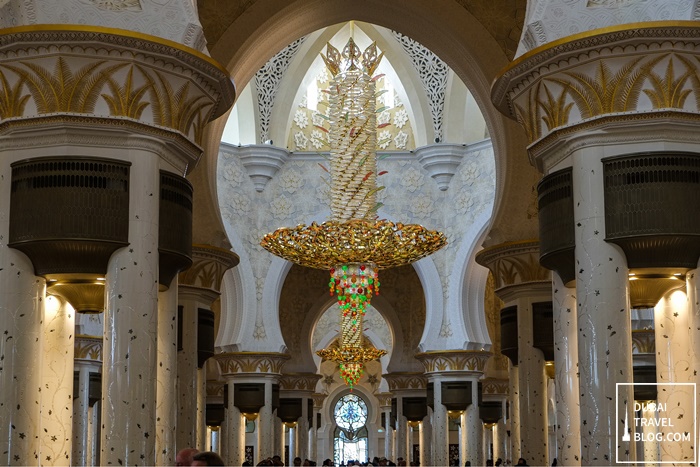 inside the Grand Mosque 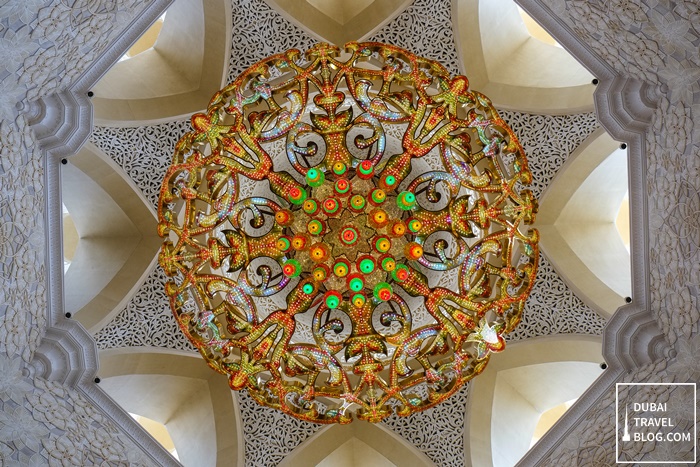 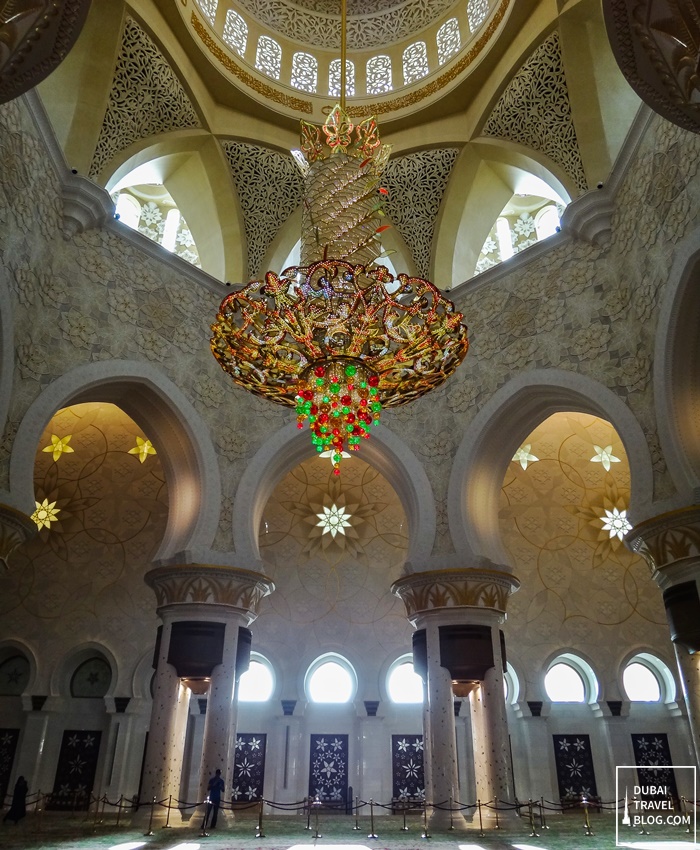 Aside from its spectacular beauty and architecture, here are some interesting trivia about the Sheikh Zayed Grand Mosque:

A trip to the Sheikh Zayed Grand Mosque is a feast for the senses. If you want to know more about the Emirati culture and Islamic architecture, this is one place in Abu Dhabi that you should not miss. 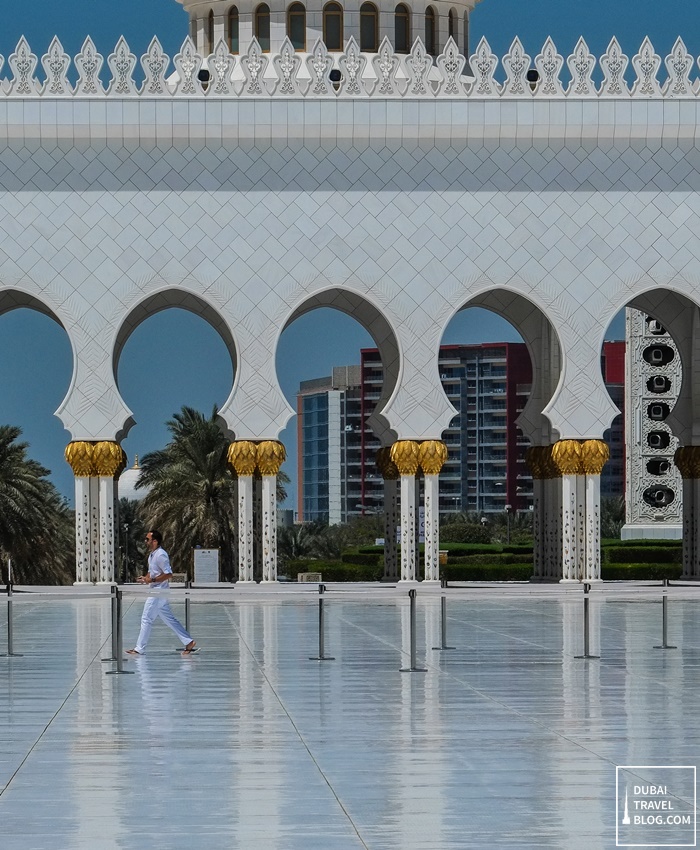 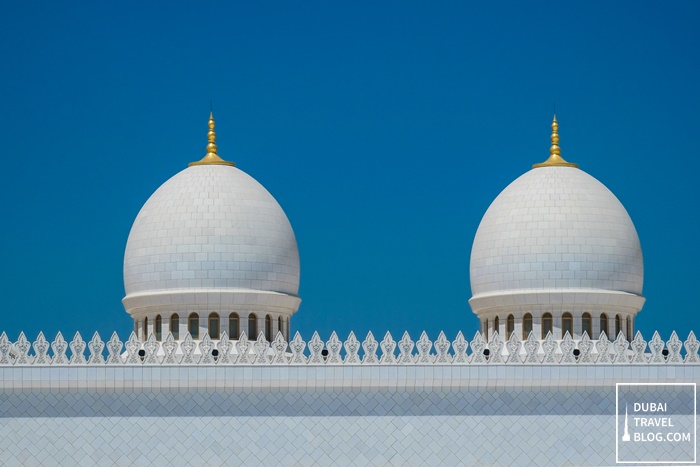 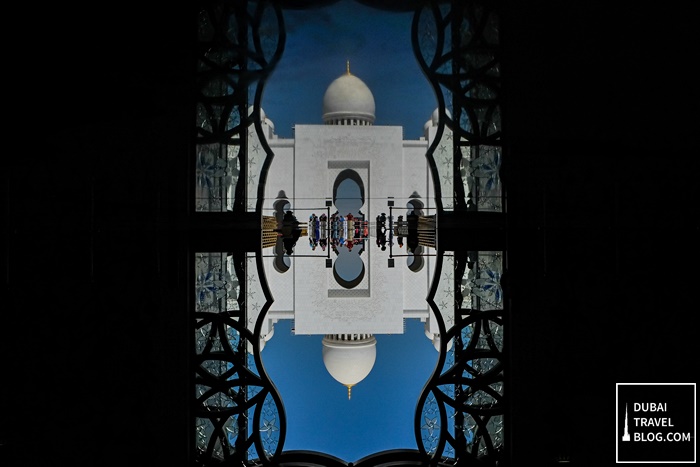 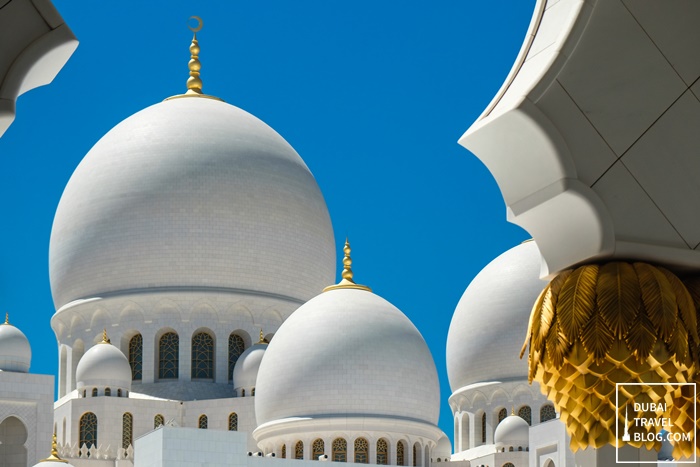 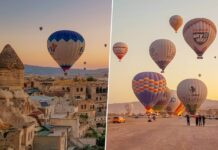 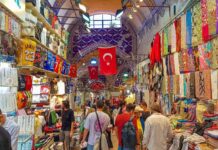 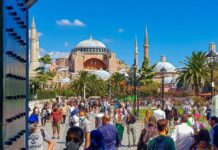 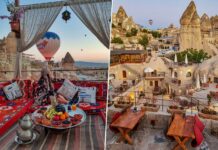 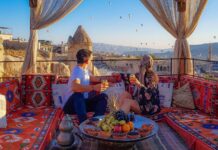 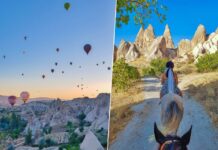 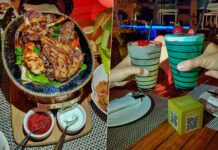 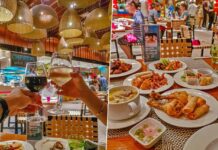 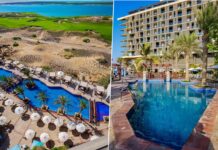 Lots of Camels at the Al Ain Camel Market!