Home Attractions 20 Photos of Burj Park on a Cloudy Day

After a great outdoor brunch at Fume Downtown restaurant, my wife and I walked towards the Burj Park where we got a better view of the Burj Khalifa. Although you can always see the tallest building in the world wherever in Downtown Dubai, the park area offered a different view due to its greenery. You could also see the Dubai Opera up close (and still being constructed). 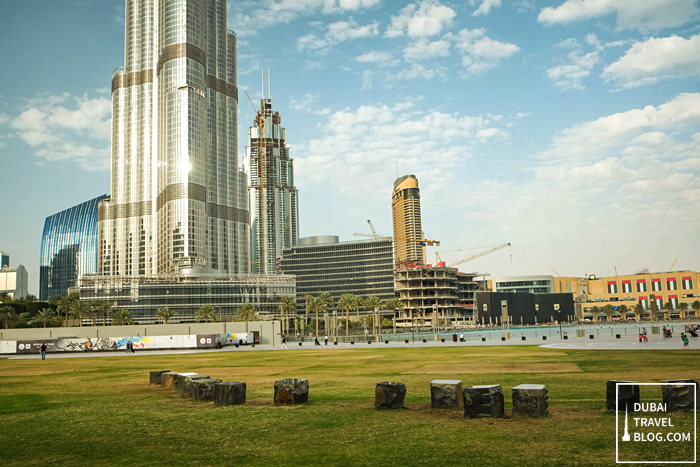 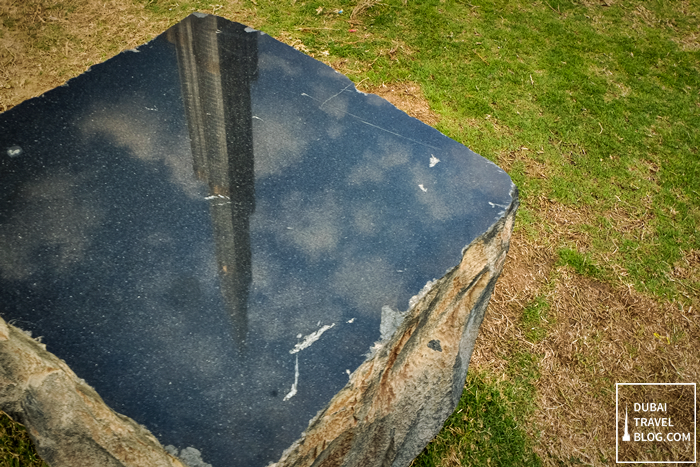 reflection from the stones

View of Burj Khalifa and Burj Plaza in Downtown Dubai

We were able to get to this park in Downtown Dubai by entering the Burj Plaza. This is an open area where you can get a great view of the lake from the opposite side of Dubai Mall. There’s a bridge from the plaza and you have to cross it in order to get to the park. 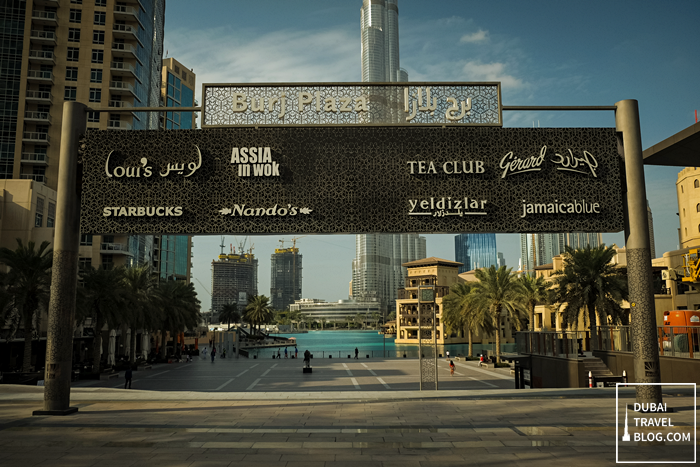 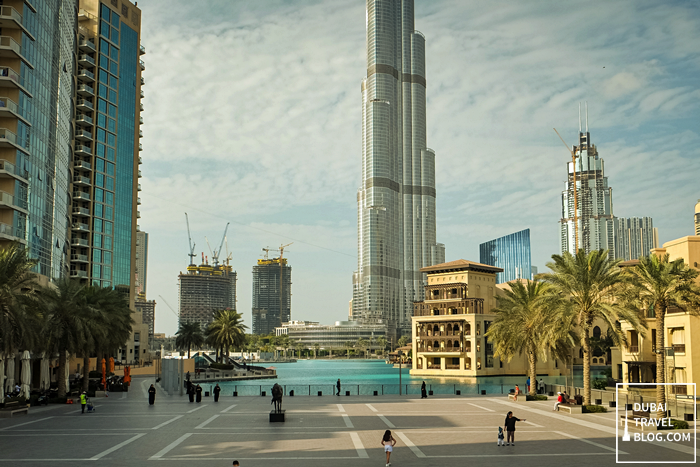 We were also lucky that we got to see the tower with a cloudy background. We seldom get to see the Dubai sky with clouds so this was a lovely surprise. I hurriedly took out my camera and kept clicking away. 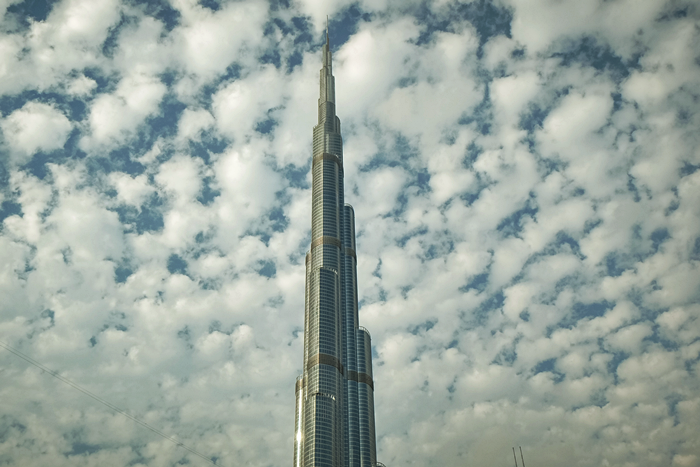 Burj Khalifa and the clouds 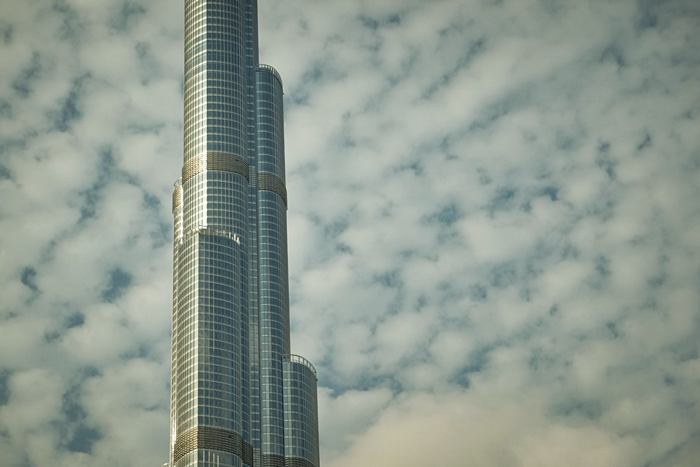 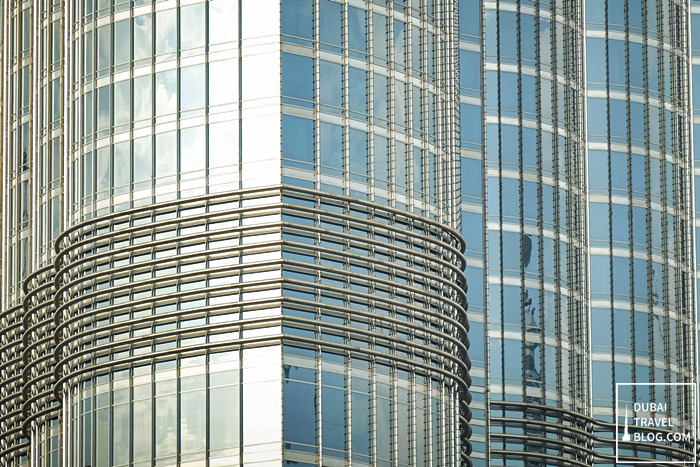 I’ve heard about Burj Park from friends for quite some time, but we never really got to explore this area until now. It was a weekday and most of the people are at their offices working.

So the Burj Park was quite empty except for a few residents and a number of parents and nannies who brought kids with them. This is a great place to take a stroll with family. 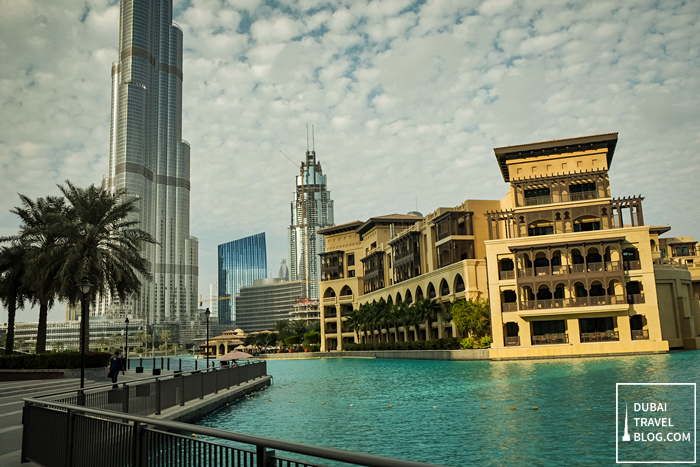 part of the lake and Burj Residences 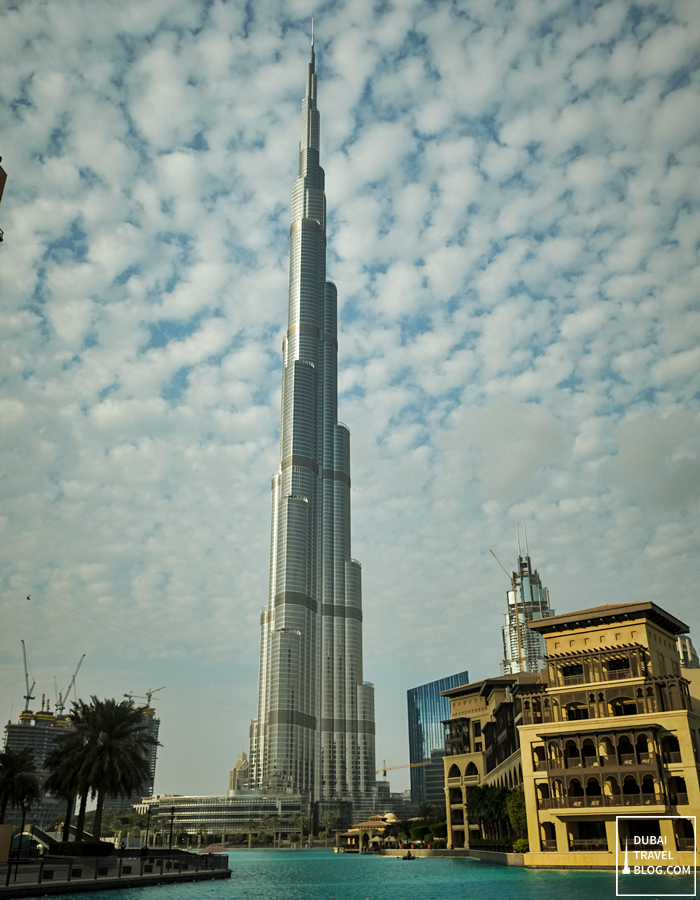 nice view with not many tourists around! 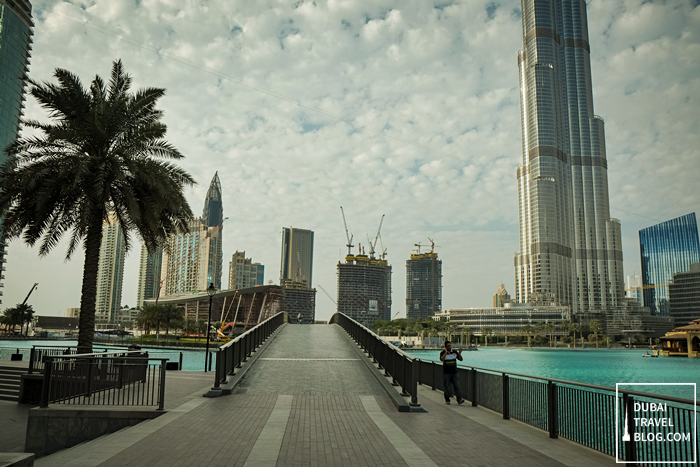 bridge to the park

As we were crossing the bridge to the park, we saw the some adventurous souls passing through the Dubai fountain via zip line – this zip line is organized by XDubai. I wonder when they would open to the public as I heard that this is only open by Invitation only.

I tried to wait for the next person to ride the zipline, but it turned out that the last guy I took a blurry shot of was the last one for the afternoon. 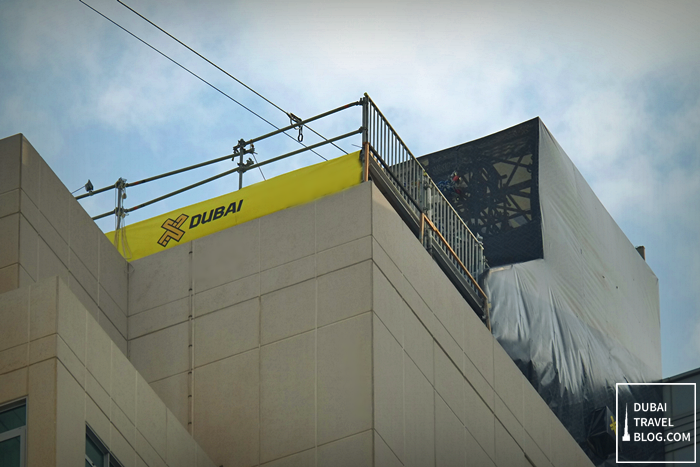 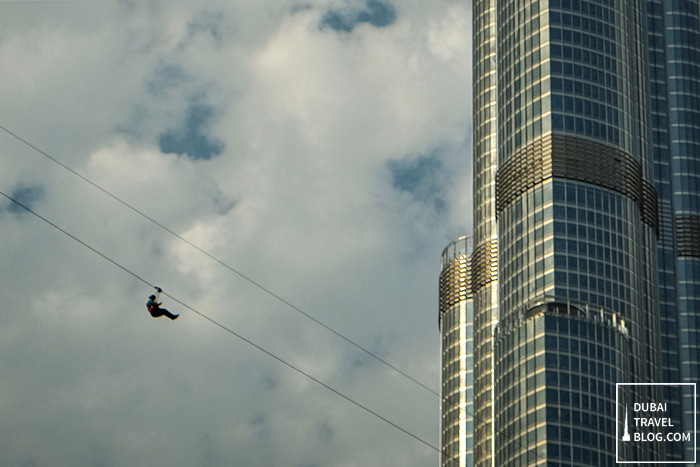 I can only imagine how it would be like if it were a weekend and the park is full. For sure the park would be teeming with people who are out to relax on their day off especially during the cool climate.

The park is a great place where you can also catch a view of the Dubai Fountain while at it. Also, during New Year, you could also get a great view of the fireworks display. 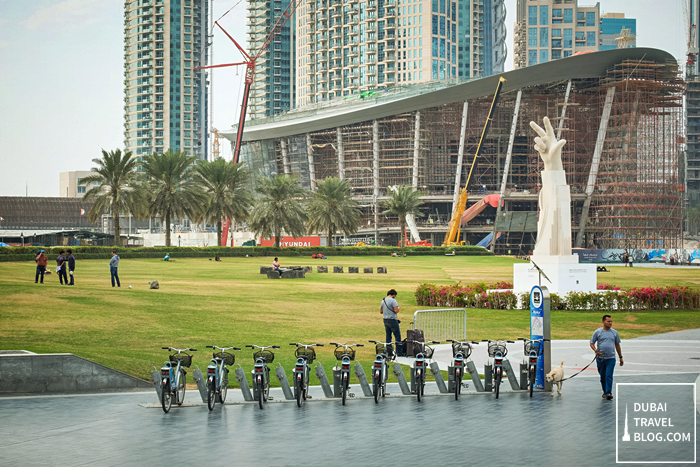 the park and the Dubai Opera (at the back) 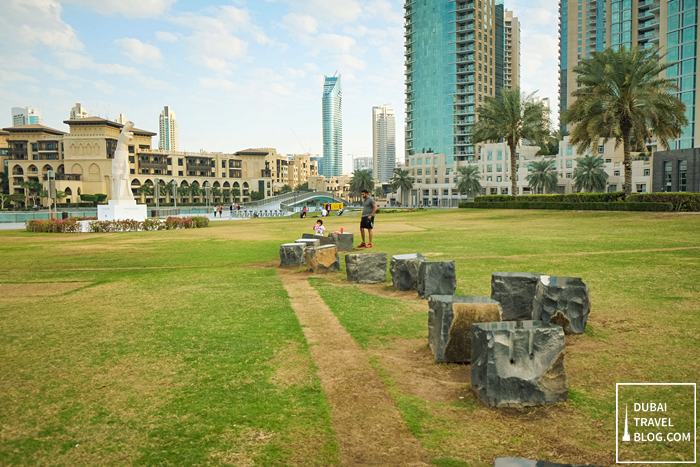 nice place to take kids out

I notice in photos that Emiratis have a hand signal with 3 fingers and found out (after a bit of Googling) that it’s a symbol that represents Win, Victory and Love. This is a symbol by His Highness Sheikh Mohammad bin Rashid Al Maktoum (Vice President of the UAE and Ruler of Dubai) to inspire young Emiratis on work ethic, success and love of the nation. Read more here. A statue of this salute can be found on the park. 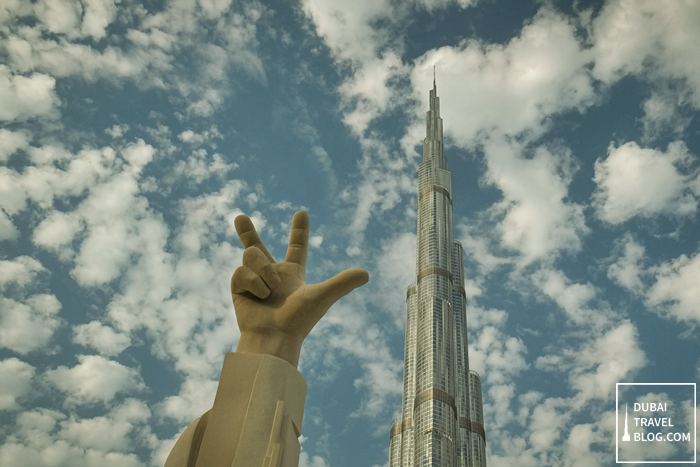 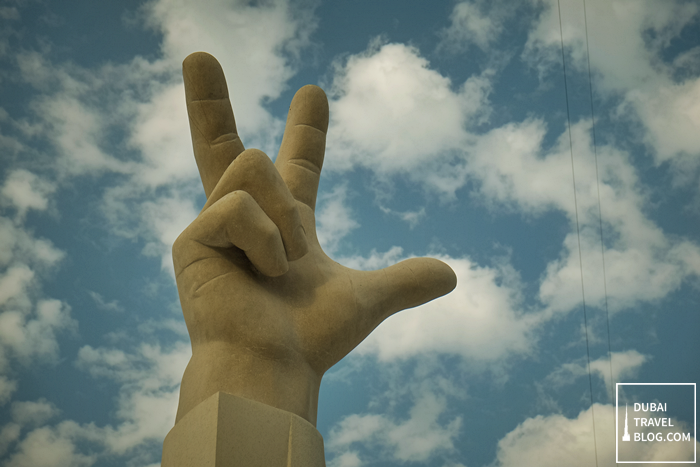 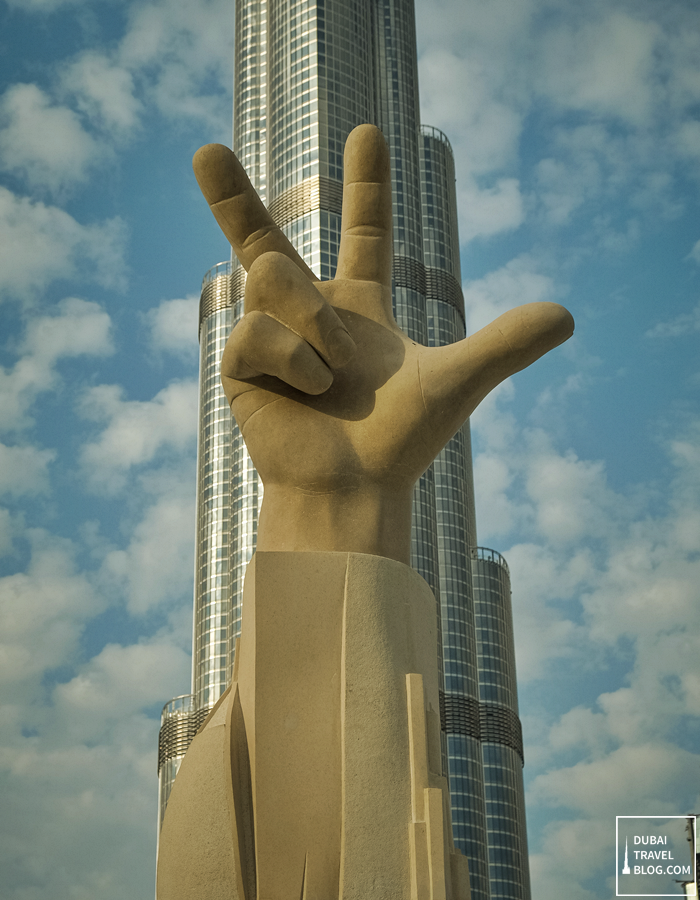 Reflection of the Burj on Stones

There were some stones on the ground where people can sit on. I think the top surface is made up of marble, and it cast a nice reflection of the tower that I couldn’t help but try to take some more photos. 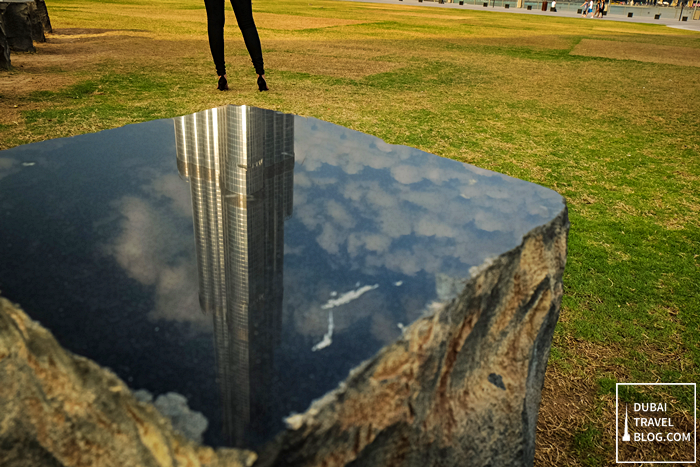 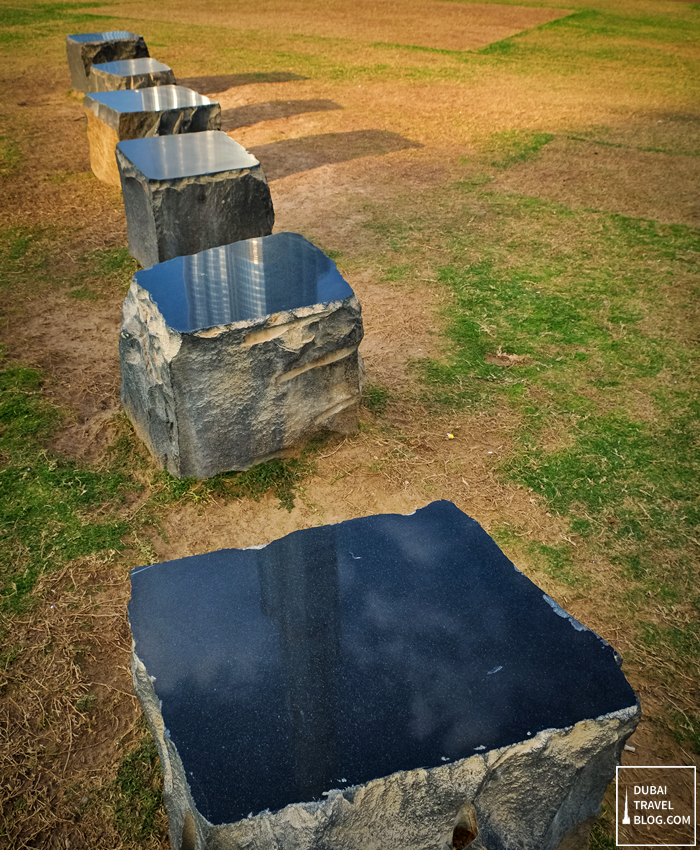 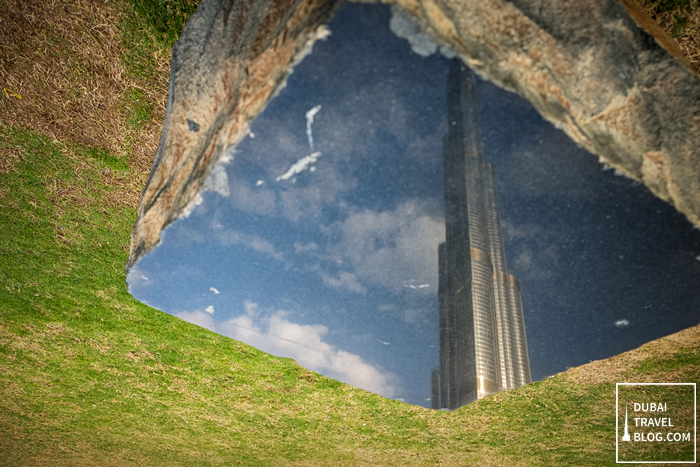 rotated it upside down

Whenever we go out in Dubai to eat, we usually stay in the malls. But it’s winter season in this emirate and we should make the most of the outdoors. Try heading to the Burj Park while the climate is still cool.

This Dubai photowalk was a great one because of the beautiful weather that accompanied us that day.

Here’s a short clip of our visit at the park. This starts from the Burj Plaza entrance going to the actual area itself. Great skies during that day!

To get to the Burj Park, either you can head outside The Dubai Mall, towards the fountain. Walk towards foot of the Burj Khalifa. Or you can also hire a cab to take you to the Burj Plaza entrance and cross a small bridge towards the park.

Our Experience at the the Rain Room in Sharjah

13 Interesting Photos of Animals in Al Ain Zoo Up Close