Do Muslims celebrate Christmas? This is the main question answered by Emirati vlogger, Khalid Al Ameri. To answer it bluntly, NO, Muslims do NOT celebrate Christmas. But this enlightening and heartwarming video showcases unity in diversity and the tolerance towards non-Muslims in the UAE.

The observance of Christmas in the UAE goes beyond private festivities and gatherings. Instead, various people of different cultures and religions are given the freedom to practice their beliefs and to share it among fellow citizens. This is shown in the short video posted on Facebook by the Abu Dhabi-based artist.

The UAE is home to more than 200 nationalities co-existing together as peacefully as possible. If anything, this number is a strong testament of unity in diversity. And as there are still lots of negative impressions about Muslims and Muslim countries in general, informative media such as Ameri’s video help enlighten minds and bring understanding as to how the many expats in the UAE celebrate Christmas in the Arab country.

At the beginning of the video, Khalid clearly points out that Muslims DO NOT celebrate Christmas, but he also gives us an insight of what it’s like to be in Abu Dhabi (capital city) in December, and for the majority of the emirates of the UAE.

As shown in his video, there are Christmas trees and bright decors that light up malls, hotels, and other public spaces.  Furthermore, many offices hold Christmas-themed parties too for non-Muslim employees. If you’ve had the chance to live in the UAE, it wouldn’t come as a surprise to be greeted by even the locals a  “happy Christmas”, the same way Christians would greet Muslims “Ramadan Kareem” during the Ramadan period.  This unique kind of experience is not something people who don’t know any better can easily comprehend unless they experience it for themselves.

Obviously, media has a lot to do with cultural perceptions especially with the kind of news that is being spread in households overseas. However, with posts like this, as shared on social media, a different kind of message can be shared – one that shows how living in the Middle East is not a bad thing at all.

Of course, there are laws and customs that need to be taken into consideration when living in the Middle East such as restrictions in social conduct (i.e., overly expressing public displays of affection such as kissing in public places), but overall, the people are happy enough to enjoy and express the freedom and openness which the country allows them to have.

Here is the video which shares the message of peace, respect, and acceptance which various nationalities living in the UAE share and enjoy: 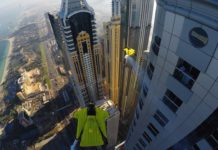 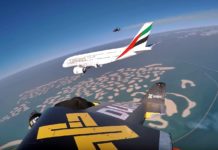 Video: How Honest are Dubai Residents?